A group of seven artists used a vacant and derelict back-to-back council house in Burnley, Leeds as a base for a three month residency. The house was then opened to the public, with work produced in response to the house and site exhibited in the rooms.

The aim of the project is to produce new work in response to the house and its history, architecture and site and to create a dialogue with the community. The house itself is a large back-to-back that has been ‘under siege’; brown shutters barricade five of the windows and the broken and battered door […] for a while it is an artists workspace and gallery. 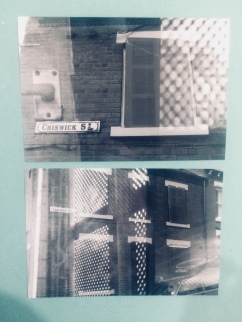